The Insolvency (England & Wales) Rules 2016 came into effect in April 2017 and were aimed at enhancing creditor participation in the insolvency process while also consolidating the rules.

One of the new provisions enables an insolvency practitioner (“IP”) to serve creditors with a notice of deemed consent; meaning if the IP does not receive any objections by a given date then, by deemed consent, that IP is appointed liquidator of the company in question. However, what happens if you are a creditor but do not receive a copy of the notice?  You may have burning issues or a preference on the IP who should be appointed. 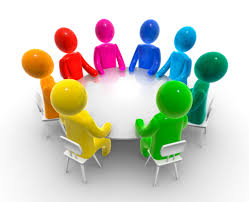 These were some of the issues arising in the case of Cash Generator Ltd v Fortune and others [2018] EWHC 674 (Ch) which is understood to be the first case to challenge the new insolvency rules.

The companies operated, as franchisees, in pawn-broking and ‘payday’ loans.

The first and second respondents were nominated by the companies as their joint liquidators and, when fewer than 10% of the creditors objected, they were duly appointed under the deemed consent procedure.

Before the liquidations began, the companies assigned their leasehold interests in their business premises to a third party.  Once appointed, the first and second respondents sold the stock and other assets.

The Companies Court decision was that non-compliance with the statutory provisions for the appointment of liquidators did not invalidate the first and second respondents’ appointments as joint liquidators of the three companies. There was also no cause for their removal to enable an independent investigation into the assignment of the companies’ leasehold interests in the business premises and the sale of the stock and assets.

The applicant was a franchisor and claimed to be a creditor. They sought declarations from the court that:

What did the court decide?

The court determined there were two distinct issues to consider, namely the invalidity (or otherwise) of the appointment and whether the respondents ought to be removed from office.

The applicant argued that as they (and other creditors they were aware of) had not been given notice of the respondents’ nomination, the statutory requirements for nomination under the deemed consent procedure had not been complied with.  Consequently, the appointment was fatally flawed.

It was conceded by the Applicant that a company could nominate a person to be liquidator at a company meeting at which the liquidation commenced.  However, the insolvency rules require directors to seek nomination from the creditors whose choice of liquidator shall prevail. In those circumstances, the court had to intervene and either order removal or the appointment of new liquidators.

The judge considered these arguments in the light of section 100(1B) Insolvency Act 1986, which provides,

“The directors of the company must in accordance with the rules seek nomination of a person to be a liquidator from the company’s creditors”.

The court also reviewed the deemed consent provisions in the insolvency legislation and highlighted notice can be taken of the fact information made available to those assisting the directors frequently contained errors, such as a mistake, oversight, or a failure to keep proper books and records. It did not escape the court’s view that omissions may even be down to a deliberate decision not to provide correct information.

Notwithstanding the possibility for error or omissions the court felt the Government had intended for the new rules to achieve a speedy appointment of an insolvency practitioner nominated by creditors and not to cause uncertainty, delay or additional costs. It was also noted the deemed consent procedure was intended to encourage creditor involvement rather than to assure maximum number participation. The court further argued the Government would have anticipated there was a prospect of one or more creditors not being given notice from time to time. Accordingly, it was reasonable to conclude that, in the absence of an express provision, the Government did not intend invalidity in these circumstances, otherwise it opened every appointment up for challenge where creditors failed to receive notice, hence the loss of opportunity to vote.

It was also pointed out by the court the applicant had other remedies open to it. For instance, to requisition a meeting of creditors or even an application for directions under section 112. of the Insolvency Act 1986.

It was argued there was a need for an investigation into the conduct of the respondents, particularly the issues surrounding the pre-liquidation lease assignments and the post-liquidation sale of stock. As those investigations concerned the liquidators conduct, new office holders should be appointed in their place.

The court found no evidence had been put forward to suggest the respondents would not carry out investigations that they considered appropriate. Indeed, it was observed the early sale of stock had been based upon expert valuation advice and, as there was no business to sell, a ‘fire sale’ had been justified. Furthermore, the respondents had been advised on both the validity of the assignments and value of the leases.

In noting the above, the court also mentioned HMRC had not supported the application and, presumably was content for the respondents to remain in office. Based upon the facts before the court, there was no cause to remove the respondents as liquidators.

What are the practical implications?

Gary Pettit said, “It was interesting to note the presiding judge issued a plea for the Rules Committee to consider whether the rules needed to be consolidated as those rules the judge had been referred to in this case were in a variety of places and featured numerous requirements. This echoes the common view of insolvency practitioners.”

Gary continued, “Ultimately, though, what this judgment means is company nominated liquidators need not worry about the validity of their appointment under the deemed consent procedure if a creditor is not sent notice of their nomination and a statement of affairs, in accordance with the rules.”

Creditors are often omitted from the initial notice of an insolvency, primarily due to the pace of information gathering causing an oversight in identifying all potential creditors. The Court appear to have acknowledged this practical difficulty when reaching their decision.

Unfortunately, while the new insolvency rules require for virtual meetings to be advertised in the London Gazette this is not a requirement for the deemed consent procedure. It remains to be seen whether this advertising requirement will be amended for proposed deemed consent appointments following this latest court decision.

Gary Pettit and Gavin Bates are licensed to act in the United Kingdom as an Insolvency Practitioner by the Institute of Chartered Accountants in England and Wales.